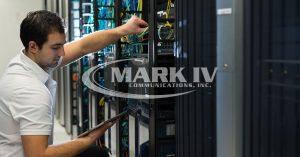 In the spirit of the holidays we decided that it would be a good idea to have a little bit of fun. At Mark IV Communications we are committed to providing the best possible cabling services. We are experts at server room design, rectifying the cabling nightmares that can occur over time and installing security solutions for your business. We are all business, and we put our customers’ needs first and foremost. Communication is how you reach your customers and we provide the infrastructure allowing you to do that, which is not something we take lightly. That being said, we have developed a new division of cabling professionals that have been “specially trained” by an unknown source. We call them “the ghosts”.

The ghosts, as they are known, are a group of cabling professionals that come in under the cover of darkness and repair that server room nightmare that you are dealing with. The actual members of this highly secretive team is actually unknown but the results more than speak for themselves. Around Mark IV Communications offices, everyone seems to have a varying opinion about where the ghosts received their training.

The sheer skill that the ghosts perform their duties suggests a form of intensive training that could only be described as “otherworldly”. The theory is, that in the mid-1970’s a group of people disappeared without a trace and it occurred right here in Orange County. The night of the disappearance, a cluster of three glowing lights were seen hovering just over the horizon, before shooting into outer space. The site of their disappearance was investigated by the government for reasons that were never disclosed and it was determined that the lights were a flock of birds that had been eating lightning bugs. The story gets even more strange when, in 1984, a group of people were observed walking into the Mark IV communications headquarters with strange and unique qualifications.This event happened to coordinate with an identical sighting of three glowing lights hovering over the horizon. It is said that this group of people are the ghosts and had returned with training that allowed for the specialized Ghost division to be created by Mark IV Communications. 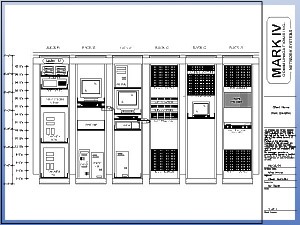 The alternate theory for where the ghost’s training originated, begins in the jungles of the Amazon rainforest. Recently a lost civilization has been located and a massive pyramid unearthed from the jungle. The pyramid was unlike anything ever seen. The design was so advanced that schematics were discovered carved into the walls. The schematics resembled a sophisticated diagram of a building with intricate cabling. The ghosts are said to have emerged from the jungle with unprecedented knowledge of communications infrastructure.

Are these the origins of the ghosts? At this point, nobody is really sure. Are the ghosts real? Mark IV can neither confirm nor deny the existence of the ghosts. What we can guarantee is that we will provide you with the best possible service for all of your cabling and security needs. So thank you for letting us get a little silly and please remember that Mark IV communications is here to serve you. Happy New Year!