It’s fun to watch old television and movies, especially science fiction, to see what they predicted technology would be like in the future. While some of the technological leaps they predicted were natural extensions of pre-existing tech (cell phones), other fictional gadgets still don’t exist. Yet. One of the hardest parts about creating new technology is having the solid foundation in which to innovate, including great data cabling and computer lab design. Read on to learn about some technology that was ripped right off of the screen, then contact us at Mark IV if you need any fiber optic cabling installed at your business in Orange County and the surrounding area. 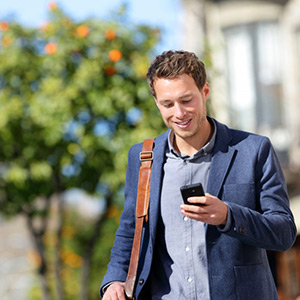 The communicators in the original Star Trek were devices used for communication between members of the USS Enterprise. Essentially space walkie-talkies (that sometimes acted as an emergency beacon when a crew member was in trouble), the communicators looked like a rudimentary gold and black flip phone.

Perhaps unsurprisingly, a fan of the original Star Trek, Martin Cooper was very inspired by the design. Cooper was so inspired that in the early 1970s, as the director of R&D at Motorola, Cooper started to design the world’s first mobile telephone with the communicator in mind. While the final product didn’t look anything like the Star Trek communicator it did usher in a new technology that, over the next forty years, would give us the modern smartphone — devices capable of voice and video communications, GPS capability, and gaming on a platform that fits in our pocket.

Maybe it was inevitable that advertisements would take over nearly every inch of available space in certain parts of our cities, or maybe it was the claustrophobic, flashing landscape of the Ridley Scott-directed Blade Runner that gave advertisers the idea. Either way, the technology required soon found its way into our cities — giant, flashing flat screens that can show video and change advertisers at a moment’s notice.

This concept was taken even further in more abstract ways; some advertisers will now design their ads to look like they belong to the medium in which they’re presented, e.g. newspaper ads that are styled exactly as the news articles in said paper, or television ads that are thirty or sixty minutes long and are shot on sets that could easily pass for a news show.

Star Wars and Battlestar Galactica are full of robots that not only know how to use weapons, but are part of giant armies of hyper-intelligent automatons that fight against humanity. While this bleak vision of the future (or the distant past in a galaxy far, far away) probably won’t happen, there are a surprising number of new robots that are helping to keep humans out of harm’s way on the battlefield. Some of these robots are used to diffuse bombs, while others patrol the sky gathering intelligence. 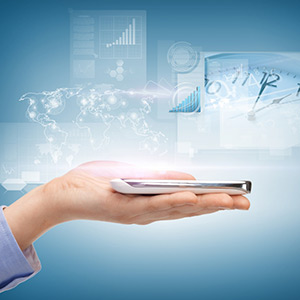 Where Technology is Going

While many of these technologies are still in development, or are proven and dependent, there will still be some times when technology doesn’t seem to work. This is perhaps best illustrated in HBO’s Silicon Valley, a show about a tech startup and their uphill battle to making their program work while coming under attack and buyout offers from a tech behemoth called Hooli.

In one scene, the CEO of Hooli is attempting to talk to one of his subordinates through a new technology that they ruthlessly acquired in a buyout that uses a seven-foot tall glass tube to project a hologram of the CEO. The hologram tech seems to work fine for a few seconds then begins to glitch out. After giving up on that he tries to use a video chat feature over his phone, and when that fails as well he calls a landline from another landline.

In order for your business or organization to be ready for future technology, it needs to start from a strong base. A strong base means having the best networking, data cabling, and server room design that you can get. A well-implemented system means that today and tomorrow will run smoothly. Call us at Mark IV Communications in Orange County to make sure that your business is ready.